Are you accept this?
Yes No
Because of the COVID-19 there are delays, in our warehouse and and during transport of the packages. COVID-19 FAQ
Your shopping cart is empty
Proceed to Checkout
Home
/
Blog
/
Peyote Trip 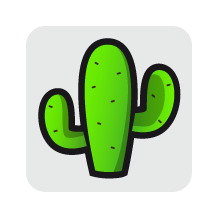 I had ten buttons total, big ones, almost 6 cm in diameter, and I boiled them down on two different occasions to drink.  The first time I used half of them, so a total of five buttons.  I boiled them all morning, for about six hours, until I had about a shot of liquid.  The liquid was very dark green, almost brown, and I drank it in one go.  I waited for about an hour and a half and then the effects started to set in.  At first, I was seeing things differently, as though they were brighter and more full.  The colors were richer and lights brighter on the mescaline.  I then went for a drive to see my parents, and I decided while driving that I should go to South America.  The feelings I had were very freedom oriented, and I felt uplifted and in a different mental state than usual.  I told my parents about my desire to go to South America and of course they were against it, but we’ve been talking about it since then and they are more open to the idea.  I would go to take Ayahuasca.

The second time I drank the buttons I again saw things much more vividly, but also this time I heard a voice come out of the ether of a man, seemingly a very powerful man who was actually being combative with me.  I laughed at him and then went out for another drive.  Everything looked shiny and new around me, and I stopped at stop and shop to just walk around and look at things.  It’s a grocery store where I live.  I stopped in front of some cake boxes and stared avidly at the bright colors of the packaging.  It was all very dreamy and surreal.  When I was going to check out the items that I was buying a woman in front of me was trying to put change in the machine she was using.  It was a self-checkout machine, and she was getting flustered putting pennies in one at a time to pay for her items.  I stood by and waited and she became apologetic with me, and I felt like the mescaline was affecting how she was feeling and acting.  This is probably true; these drugs tend to affect people around the ones who are using them.

Those were the two trips on Peyote that I had, and they were very good feeling generally and positive.