Are you accept this?
Yes No
Your shopping cart is empty
Proceed to Checkout
Home
/
Blog
/
Woody Harrelson to play 'the father of psychedelia' in new miniseries

Woody Harrelson to play 'the father of psychedelia' in new miniseries 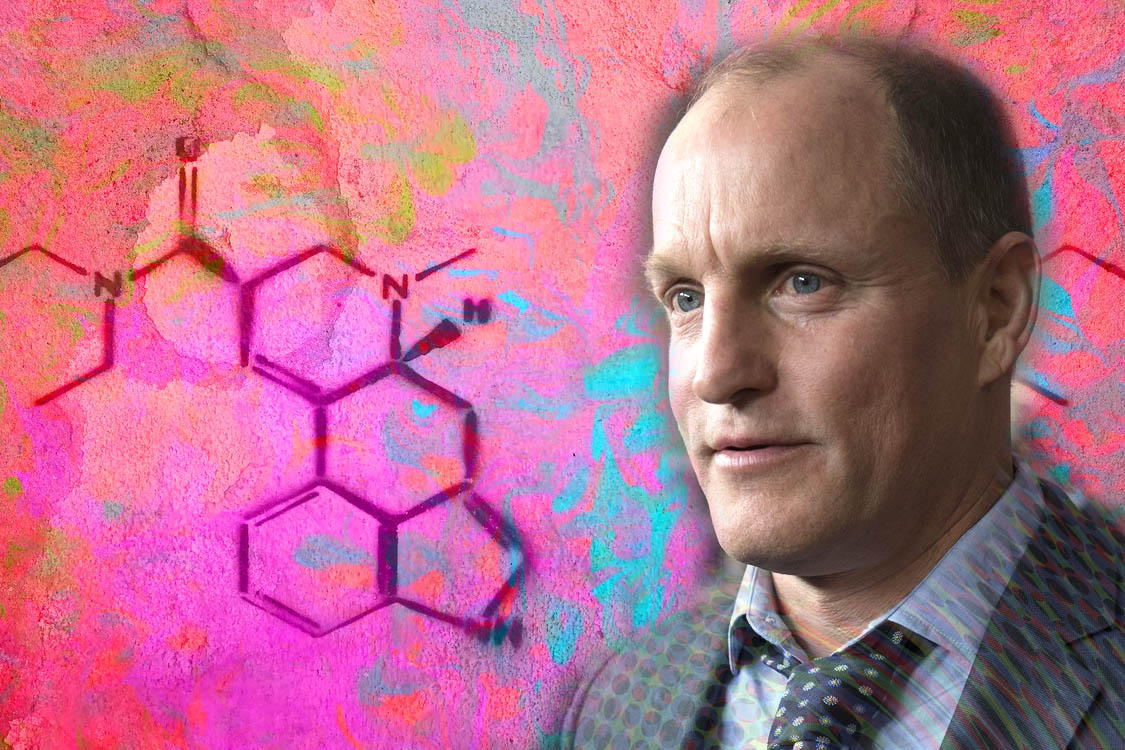 Woody Harrelson's next project will have a psychedelic feel to it. One of Hollywood’s biggest stars will feature in a film adaption of the book ‘The Most Dangerous Man in America’ by Bill Minutaglio and Stephan L. Davis. The actor will portray the role of none other than Timothy Leary, who some claim to be ‘the father of psychedelia’. The series will follow the the 28 months in which Leary was fleeing access from the state and found refuge in a world of hippies and psychedelics. There is no release date known yet.

Who is Timothy Leary?

Timothy Leary (1920-1996) is not just a legend in the hippie counterculture, but also the person who might just have the most experience with LSD, a drug of which he became a promoter of. He supported many people who came to see him to prove the supposed benefits of the substance and allowed them to open the doors of perception. In short, Leary was a well-known psychologist, scientist and proponent of drugs such as LSD for both therapeutic and spiritual enrichment.

Timothy Leary began his career in 1954 as a research psychologist at the Kaiser Foundation in Oakland, after obtaining his Bachelor's degree in psychology at the University of Alabama in 1943 and his Ph.D. in 1950 at Berkeley University in California. In addition to writing many publications including a bestseller, Timothy Leary also developed a standard personality test for the prison system to identify a potential prisoner's escape profile.

The father of psychedelics

Timothy Leary has been seen as the father of psychedelics. For years, Timothy Leary has used students in secret for LSD experiments for the CIA. It would then take many years before he started using these drugs himself. In the early 1960s Timothy Leary started to use LSD himself and he was very impressed with the effect and the consequences. As a result, the focus of his research shifted, which caused a lot of controversy around his fellow scientists at Harvard University.

As a young professor of psychology, Leary considered the drug as a suitable instrument for relieving patients of psychoses. These experiments eventually cost him his job as professor of psychology at Harvard University and through the use of LSD and marijuana he came into conflict with the judiciary in the 1960s and 1970s. He was convicted in 1970, but escaped from prison and fled the US. Three years later, he was arrested in Switzerland by the US Drug Enforcement Agency (DEA). Leary was released In '76, and until his death he wrote books, gave lectures and became deeply fascinated by cyberspace.

LSD, or lysergic acid diethylamide, is a recreational psychedelic drug that enjoyed great popularity in the 60s with the birth of social movements in the United States. The drug induces impressive hallucinations, emotional susceptibility, stimulation of mental processes and other effects such as synesthesia. Similar effects are found in exotic seeds from South America, containing LSA.

Turn on, tune in, drop out

A well-known statement by Timothy Leary is "turn on, tune in and drop out" that is also used a lot in the music as a sample. The counterculture-era phrase was used by Leary in a 1967 gathering of 30.000 hippies in Golden Gate Park in San Francisco. It was also the title of his spoken word album recorded in 1966, consisting of his views about the world and humanity, LSD experiences and many other issues.

In his autobiography he is quoted saying the following about this statement and some of his views: "Turn on" meant go within to activate your neural and genetic equipment. Become sensitive to the many and various levels of consciousness and the specific triggers engaging them. Drugs were one way to accomplish this end. "Tune in" meant interact harmoniously with the world around you—externalize, materialize, express your new internal perspectives. "Drop out" suggested an active, selective, graceful process of detachment from involuntary or unconscious commitments. "Drop Out" meant self-reliance, a discovery of one's singularity, a commitment to mobility, choice, and change. Unhappily, my explanations of this sequence of personal development are often misinterpreted to mean "Get stoned and abandon all constructive activity"