Are you accept this?
Yes No
Because of the COVID-19 there are delays, in our warehouse and and during transport of the packages. COVID-19 FAQ
Your shopping cart is empty
Proceed to Checkout
Home
/
Blog
/
5 extremely relaxing herbs to smoke, vape or infuse 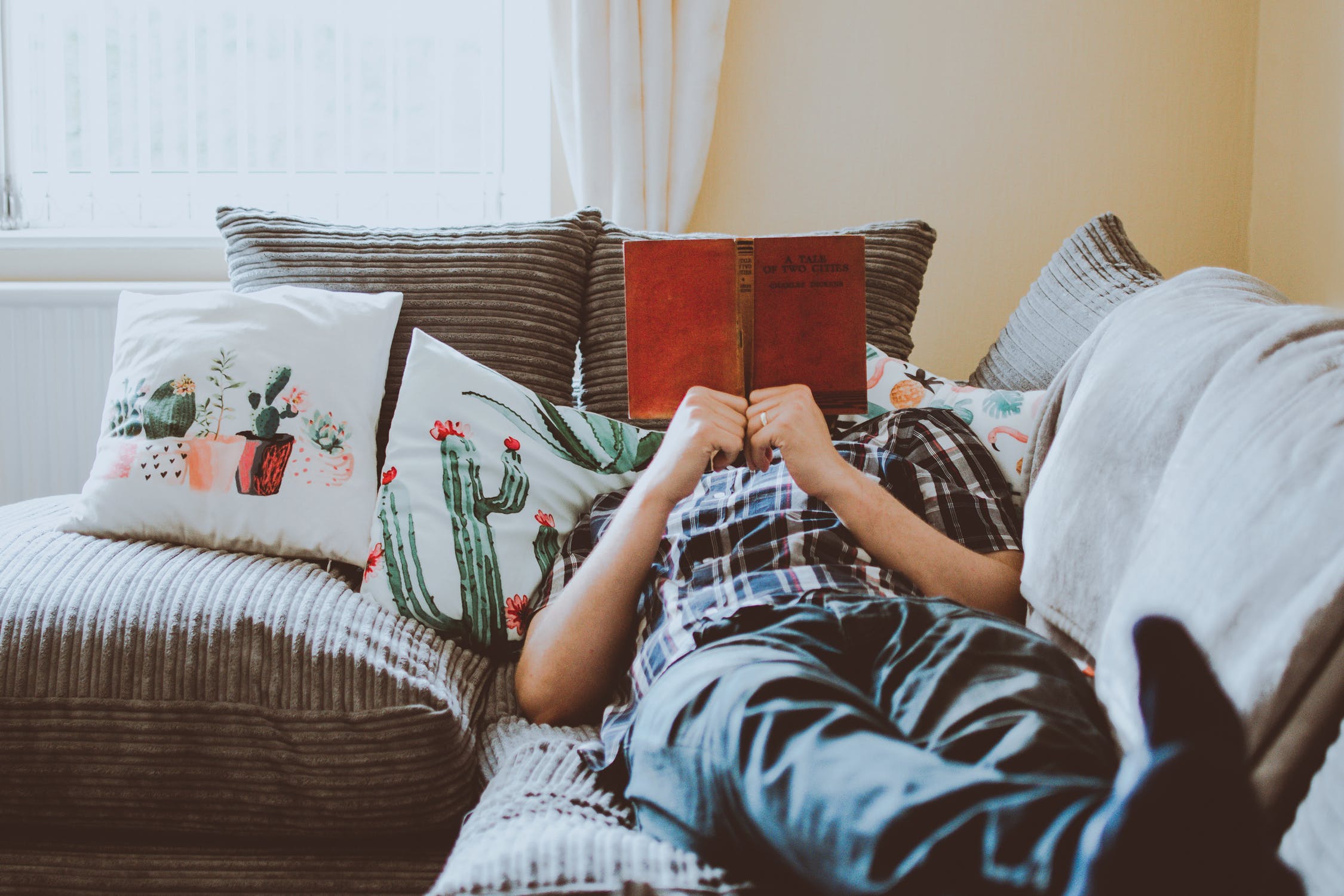 Can't we all use a little bit more rest? Busy working days, a stressful life and being focused all day long means that we are sometimes left completely exhausted. In this article we take a look at the world of relaxing herbs, because there are quite a few natural resources available to fully unwind after a long week full of work and obligations. The beautiful thing about the herbs below is that they can be smoked, evaporated or infused in a tea. Are you ready for the coming weekend? These herbs will certainly help you to completely relax!

Want to see all of our relaxing herbs? Check them out here.

Do you want to check out the product right away? Click on the image!

Leonurus sibiricus, better known als Marihuanilla, originates from Siberia and China but eventually spread all over the world. Being rich in effective nutrients, Marihuanilla is used to treat problems that affect the stomach, intestine, lungs, uterus, bones and muscles. But the most potent powers lies in it's effectiveness to make someone completely relaxed. It as a pleasant taste and is often called marihuana's little brother due to the similar effects. Although the herb is claimed to be anesthetic and the plant is known to contain alkaloids such as leonurine, it is not entirely clear what causes the relaxing and slightly 'high' effect. But one thing is sure: Marihuanilla is the perfect herb to smoke, vape or infuse in a tea after a long workday! Besides it's relaxing effects, Leonorus Sibiricus is also known to help against problems of impotence, menstruation pains and light swellings. 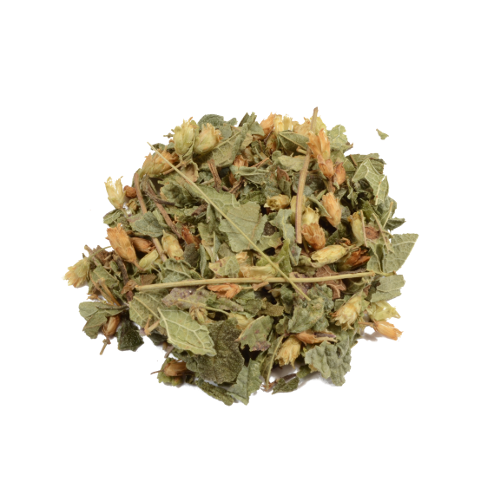 What is more relaxing than sleeping? Probably nothing, so there's no reason not to include this powerful dream herb in this list. This Mexican herb has long been associated with vivid, clear and sometimes lucid dreams. Calea zacatechichi was traditionally used by Mexican shamans to communicate with spirits, but nowadays it is known as one of the most potent herbs to use if someone wants to have clear memories of their nightly adventures. Some people report clarity in their mind and some even report hallucinogenic effects at higher doses, but it's not yet clear which components are responsible for these effects. So while this herb has the power to induce pretty impressing effects while you're already asleep, Calea is also known to get you in the perfectly relaxed state to actually fall asleep. The result after finally closing your eyes: clear, memorable and often more vivid dreams. The herb is used by thousands of people to help them achieve lucid dreaming.

When a herb is called Wild Dagga (Wild Cannabis), you just know it has to be great. The beautiful orange flowers grow in South Africa and getting more popular by the day. Besides the fact that it's a beautiful graceful flower, it houses super calming, soothing, and sometimes even euphoric effects. In traditional medicine, the leonurine component has been used to treat problems like headache, cough, fever, asthma, hemorrhoids and dysentery. The herb is often smoked as a mild substitute for cannabis, as the narcotic properties seem to cause pure relaxation. The psychoactive plant induces a mild euphoric anesthetic effect. People who smoke, vape or infuse Wild Dagga often report a soft and euphoric buzz feeling that helps to calm down after a busy day. We recommend trying this herb in a vaporizer, as this will cause a higher percentage of active components to be inhaled, rather than destroying some of them by smoking (and burning) it. 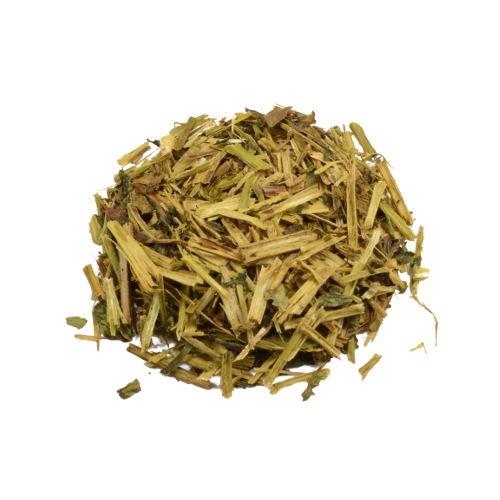 Skullcap grows in parts of Russia, Mongolia, Japan, China and Korea. The herb has been used in Chinese herbal medicine for a very long time because of it's effectiveness. This potent herb is extremely effective in calming in situations where the nerves work overtime. It is an effective relaxing herb that also helps in times of feeling stressful and nervous. It can also be used to generate a mild high so that it provides relief from anxiety and feelings of restlessness. The soothing effects are caused because the flavonoids inside the herb can bind to our GABA receptor, giving the body a signal to calm down. The herb promotes sleep and is an effective means at combating nervousness. Skullcap is often used to provide relief from symptons of hay fever, but it can also be used for other allergic reactions, such as itching due to eczema. 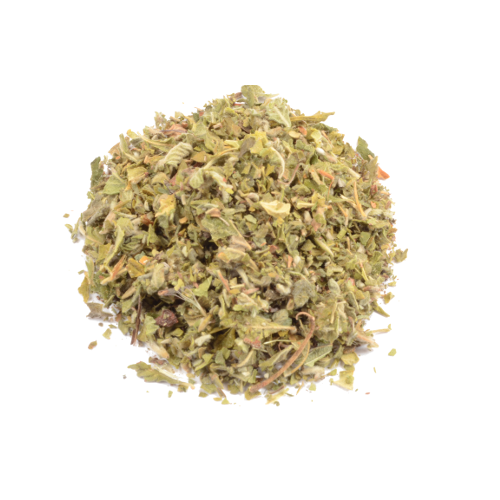 Looking for cannabis-like effects? Damiana might just be what you need! Damiana grows from Argentina to Southern California and it has been smoked and infused in teas for centuries because of its slight euphoric, relaxing and mild marijuana-like effects. The 'high' lasts approximately 60 minutes. But besides getting you completely relaxed, Damiana has one more special power: the herb is said to have sexually stimulating effects as well. Many older cultures have used damiana to treat sexual disorders such as erectile dysfunction or low libido. One of them are the Mayans, who strongly believed that this herb could remedy a lack of sexual desire. The combination of being totally relaxed and the improved blood flow in the lower regions have caused quite some couples to take their bedroom-skills to the next level. In men, the herb also appears to be helpful in raising testosterone levels.