7 Joe Rogan Experience episodes about psychedelics you have to see 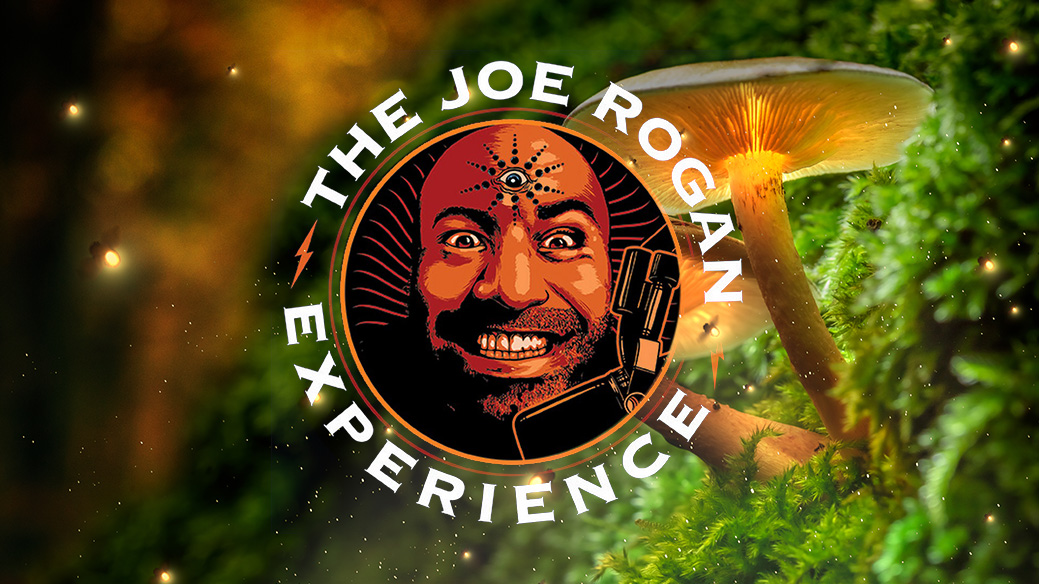 Odds are that if you have been researching psychedelics on YouTube, you have encountered some of Joe Rogan’s videos at least a couple of times. The American comedian, podcast host and mixed martial artist commentator currently has over 9 million subscribers and covers some truly exciting subjects with his fascinating guests. One topic Rogan can’t seem to get enough of himself, is psychedelics. It doesn’t matter what the subject is, the host is always able to insert a random ‘Have you ever heard of DMT’ in the discussion. In this article we present you with 7 Joe Rogan Experience episodes you must watch if you - like us - love this subject as well.

In this interesting talk, Rogan interviews MAPS Founder Rick Doblin about the last thirty years of psychedelic science, MDMA-assisted psychotherapy, ayahuasca-assisted therapy, and the future for psychedelic medicine. Joe Rogan highlights MAPS, stating, "You guys are so important when it comes to the dialogue of psychedelics." And I mean, they are. MAPS literally stands for 'Multidisciplinary Association for Psychedelic Studies' and has been researching stuff like psilocybin, DMT and marijuana since 1986. Although it isn't Joe's best interview (he can be quite interrupting in this one), Doblin has a lot of interesting things to say.

Knowing how much you guys love magic mushrooms, wea are sure you are going to appreciate Paul Stamets. Why? Well, Stamets is a pretty succesfull mycologist, an expert on mushrooms. Besides that, he is a huge advocate of bioremeditation en medicinal fungi. Safe to say his discussion with Rogan has everything to do with magic mushrooms. With statements like “I think psilocybin should be looked upon as a nootropic vitamin” and you can be sure he loves them just as much as you do. Another interesting remark was that after his first psychedelic mushroom experience, Paul even stopped stuttering.

With a title named 'Exploring psychedelics with Michael Pollan', we were quite sure this was going to be an interesting one. And it was. Michael Pollan is the author of several books, including 'How to Change Your Mind: What the New Science of Psychedelics Teaches Us About Consciousness, Dying, Addiction, Depression, and Transcendence'. Rogan and Pollan discuss not only their personal experiences with psychedelics such as magic mushrooms, LSD, DMT and mescalin, but take a look at the potential uses for them in the medicinal world as well. An interesting quote: “One of the really striking things is how many people have had really profound psychedelic experiences that they haven’t told anyone about”. Have a look yourself!

Charles Duncan Trussell (born April 20, 1974) is an American actor, voice actor and stand-up comic, known for his podcast The Duncan Trussell Family Hour. He has appeared on the Joe Rogan podcasts multiple times, but there really isn't one where they DON'T discuss psychedelics. And we totally get that. In this specific podcasts, Rogan and Trussell especially go deep into art and psychedelics. One thing is certain: Duncan sure knows a lot about shrooms and DMT. It's a great discussion where the two share a lot of knowledge, and isn't that exactly why we love listening to these shows?

As a brother to the well-known psychedelics proponent Terence McKenna, Dennis McKenna is just as excited about the stuff. He is the author of the book "Ethnopharmacologic Search for Psychoactive Drugs: 50 Years of Research (1967-2017)" and has a lot of interesting insights in the use of psychedelics such as LSD and magic mushrooms. An interesting keypoint are their talks about DMT. “DMT is extremely common in nature…I say nature is drenched in DMT. From the animal level to the plant level to fungi level, you find these things everywhere”, Dennis McKenna says. Joe has an interesting remark as well: “It really is a shame that we need an illness to treat before you allow someone to have this potentially mind-expanding experience... it’s almost like not allowing people to take vitamins unless they're really sick”.

In this awesome episode, Rogan has a talk with former boxing champ Mike Tyson. They discuss his past, sports and ofcourse their psychedelic experiences. In this mind-blowing discussion it's amazing to see how humble Tyson has become. “I smoked this medicine—drug—whatever you want to call it, and I’ve never been the same,” Tyson said. “I look at life differently. I look at people differently", Tyson said when discussing “That’s what it felt like to me, too,” he said. “You stop existing", Rogan adds. “It’s inconceivable,” Tyson added. “I just don’t have the words to explain it.” Check the video yourself for way more interesting stuff!

Have you ever had problems sleeping? Well, Matthew Walker literally wrote the book on sleep. The Professor of Neuroscience and Psychology at the University of California, Berkeley, and Founder and Director of the Center for Human Sleep Science, is one of the most knowledgeable people in the world when it comes to sleeping patterns. In this episode, Rogan and Walker discuss extremely interesting stuff about dreams, brain chemistry and - you guessed it - psychedelics.

€69,00
Loyalty points
This item has been added to your shopping cart: