Are you accept this?
Yes No
Your shopping cart is empty
Proceed to Checkout
Home
/
Blog
/
Archaeological discovery: 1000 year old shaman pouch with five psychedelic substances 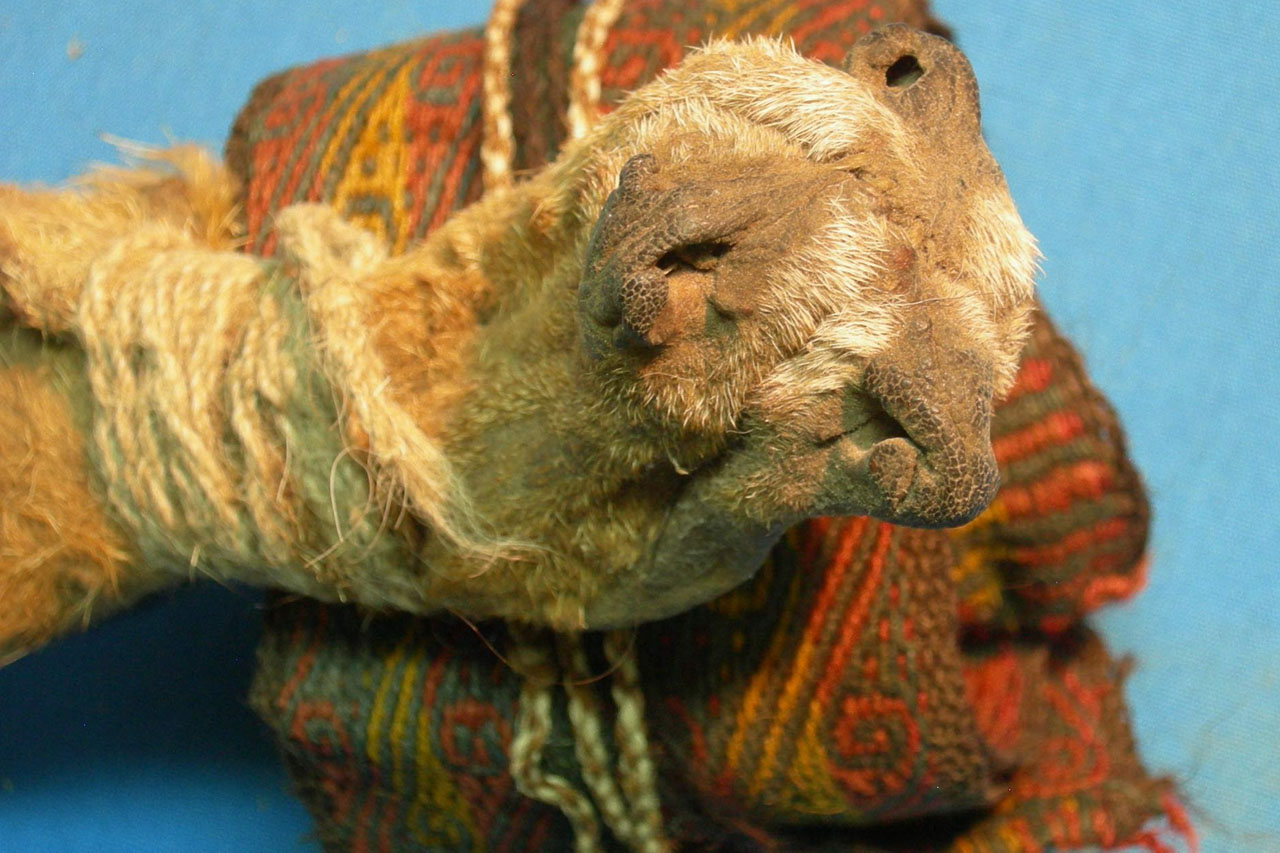 As time progresses and scientists are regaining their interest in psychedelic substances, we get to know more and more about the different hallucinogenics that were used thousands of years ago. Recently, a historic finding has been made in Bolivia. A thousand-year-old bag made of sewn-together fox snouts contained a decorated wooden snuff pipe and several psychedelic drugs. In the scientific journal PNAS, researchers describe the archaeological discovery as one that provides insight into Bolivia from a thousand years ago.

Together with his colleagues, anthropologist José Capriles discovered that the thousand-year-old pouch contained various hallucinogenic substances. In addition to traces of cocaine, they also found DMT and harmine. These are substances that are found in 'ayahuasca', a hallucinating tea. The stuff was drunk for centuries during spiritual rituals, but is gaining in popularity once again as people from all over the world travel to the Amazon to experience a life-altering psychedelic trip. Capriles found the pouch - and evidence of its psychedelic contents - during a 2010 archaeological dig in Cueva del Chileno, a rock shelter that shows signs of human activity going back 4,000 years.

The cave where they were looking was once used as a tomb. Looters had already cleared the cave and took the bodies, but they left behind what they considered to be garbage, included items such as beads, braids and a certain ‘leather shoe’. It was this leather shoe that turned out to be a leather ritual bag that contained the psychedelic substances, as well as a decorated headband, tiny spatulas made from llama bone, and a carved tube and small wooden platforms for inhaling substances. Radiocarbon dating of the leather bag surface indicated it was used sometime between around the years 900 to 1170.

The bag contained a total of five hallucinating substances, which were probably property of a shaman. "This is very special: because of the completeness of the discovery we understand the importance of shamanism 1,000 years ago," said Edward Bock, curator of Latin America before colonization. Shamans would take hallucinatory drugs and would come into contact with ‘other worlds’, and with ancestors. In this way, shamans would find answers to a variety of questions, such as when rain should be expected, but also how to cure certain diseases ."We have always known that there were shamans," says De Bock. "All kinds of finds had been made, but this completeness gives a great insight into the complexity of shamanism."

"And the second thing the researchers point out is that these powders come from very different ecological zones. That means there was trade over thousands of miles, or the shaman in question moved to different areas”, he continues. This statement is the same as that from another expert: "Possibly the owner of the bag has combined several plants at the same time to enhance their effect," said archaeologist Melanie Miller from the University of Ontago in New Zealand to the science magazine Science Mag. The researchers believe the pouch also contained psilocybin, the active ingredient in magic mushrooms.

Capriles acknowledged that the discovery could well be used to advertise modern ayahuasca rituals aimed at tourists, but he emphasizes the sacred nature of the shaman’s work. “These people were not just tripping because of entertainment,” he says. Nor was the ritual bundle left in the cave by accident. “We believe that it was left intentionally,” he adds. “This is a typical behavior that you see in ritually charged places.”

Ayahuasca is experiencing a newfound popularity, because its psychedelic effects could potentially benefit people with certain mental disorders. Modern ayahuasca preparations are, however, idiosyncratic, says Dennis McKenna, an ethnopharmacologist who specializes in plant hallucinogens and leads modern-day ayahuasca retreats. “Every shaman practically has his own brew.” But he does agree that the substances found in the Cueva del Chileno shaman’s pouch could have been used to prepare ayahuasca. “People have been arguing that [ayahuasca] was mostly a recent thing,” says Scott Fitzpatrick, an archaeologist at the University of Oregon who was not involved with the research. “The ayahuasca ritual has a deep time perspective now.”