3 bulletproof reasons to vape marijuana instead of smoking it 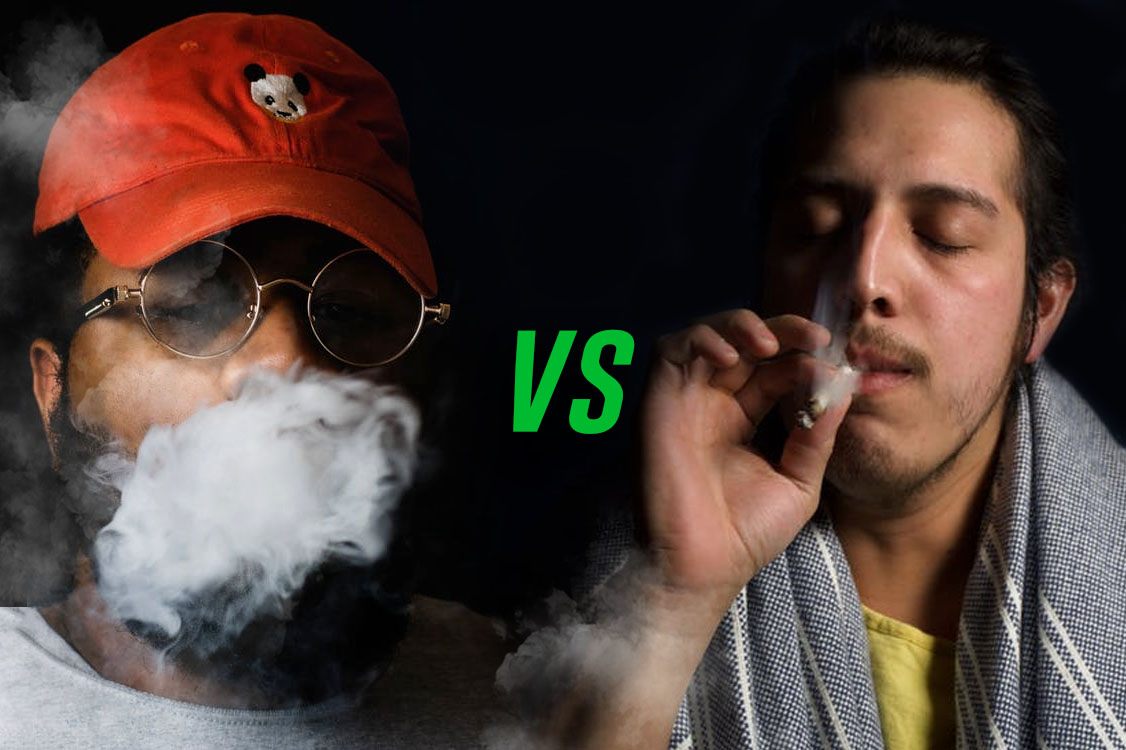 Do you consider yourself a marijuana-lover, enthusiast or maybe even a stoner? Well, then the following article might not surprise you, but aside from smoking or eating marijuana, the increasing popularity of both tabletop and portable vaporizers has greatly increased the amount of options you have to using cannabis. If you usually roll a blunt or use a bong or waterpipe to consume marijuana, we’ll make sure to give you some good reasons to try a vaporizer for a change to get high as a kite!

The increasing popularity of vaporizers has been rocket-fueled the last few years. It’s even said they are becoming a fashion trend. Vaporizers are considered to being healthier than smoking, you have loads and loads of possible oils or herbs to vape in them, and most of them are super-portable. It’s no surprise that besides fruity oils, cannabis is often used in these popular gadgets. But what are the advantages of vaping cannabis? And if there actually are advantages, is it even safe to use?

Vaping cannabis is healthier than smoking it

First of all: a lot of marijuana users consume this godly green plant for its medicinal benefits. So why don’t we start with the health-aspect and advantages of vaporizing cannabis instead of smoking it. When you vape cannabis, the product is heated to the point that the cannabinoids evaporate without allowing the vegetable plant matter to do so , so that the steam that is consumed, does not contain any toxins that are commonly present in the smoke, like tar or carbon monoxide.

To quickly answer the question ‘is vaping cannabis safe’, the answer would be ‘maybe’. To this day, it’s still unknown if vaping marijuana is completely safe, but most studies consider it to be a safer and healthier alternative than smoking. For example: A 2007 study published in the Harm Reduction Journal found that cannabis vaporization reduces respiratory problems that would otherwise be caused by smoking marijuana. This mainly comes from the fact that you don’t inhale the smoke that is usually generated from the combustion process - meaning you won’t inhale the toxins and free radicals that are involved when smoking either cannabis or plain old tobacco.

Vaping cannabis is more efficient than smoking it

This is mainly the biggest problem with smoking cannabis - the number one usage method of cannabis around the world. When marijuana is burned, the smoke that’s inhaled contain only about 10 - 20% of cannabinoid particles, which means that only a small part turns into smoke; The vast majority of cannabinoids are destroyed by heat in the middle of the combustion process, creating particles that are potentially harmful to our health.

Inhaling vaporized cannabis is much more efficient, since the active compounds are preserved and the result is a purer, more potent inhalation. On average, vaporizers inhale about 90% of the cannabinoid particles. Compared to the 10 - 20 percent when smoking, the difference is huge! Smoking a joint burns cannabis in an extremely fast rate, but mostly destroys the precious goods in the process.

Vaping cannabis is more discrete than smoking it

Another big advantage of vaping marijuana is discretion. Thanks to the substances known as terpenes, cannabis is an extremely aromatic herb. I mean, everyone who has ever smoked cannabis know how it smells. Some even consider it to smell delicious - like me. But as good or bad smelling it can be, when smoking indoors it’s not really pleasant to have the aroma hanging around for hours. Vaporizers also produce a smell, but it is difficult to notice compared to joints. It can take hours to have the smell of marijuana leave a smaller room, but it will probably take less than 5 minutes for the  aromatic vapor to disappear. This happens because the vapor dissipates into the air much faster than smoke can.

So if you are an avid cannabis user, why not try a vaporizer for a change? It will probably be a much more pleasant, healthier and more effective way to consume our number one favorite plant. Vape on!