Are you accept this?
Yes No
Your shopping cart is empty
Proceed to Checkout
Home
/
Blog
/
Mike Tyson says 5-MeO-DMT has completely changed his life 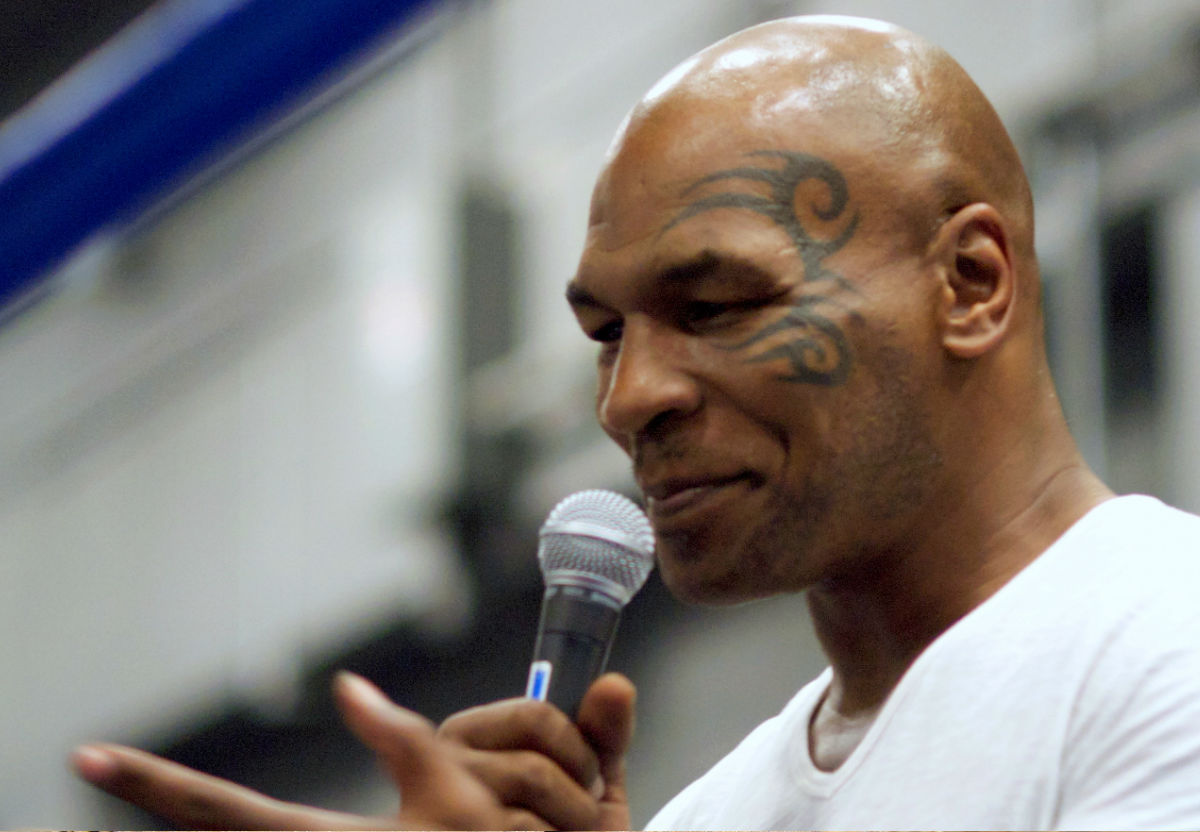 He is currently the best-known living boxer on the planet and many argue he is the best boxer that ever lived. We are talking about Mike Tyson, the youngest champion in the history of heavyweight boxing. It’s no secret that the former champ tried a fair share of drugs, but he now says there is one that has complete changed his life in a positive way: 5-MeO-DMT derived from a toads venom. The same substance is present in the Anadenanthera peregrina seeds, also known as Yopo-seeds.

“It's like dying, you are humble, vulnerable and at the same time invincible”

The baddest man on the planet

In an earlier blog we wrote about the same substance and how it seems to be extremely effective in treating depression, anxiety and stress. Now the 52-year old Mike Tyson - who has had quite a rough life - claims the potent drug has changed his life for good. Although Tyson achieved great success and fortune, he had an extremely difficult childhood, consuming drugs from when he was just 10 years of age and then was so successful with boxing that his massive ego and bad behavior caused him to spent 3 years in prison.

But times have changed for Tyson. In the last decade, the man who was once called "the baddest man in the world", has become rather a gentle and peaceful guy, who raises doves, is a vegetarian and has recently ventured into the business of legal marijuana. During several interviews, Tyson talks about his transformation and how 5-MeO-DMT helped him change his view on his life and on the world.

"I came across this, this medicine or drug, whatever you want to call it, and I've never been the same," Tyson told Joe Rogan, noting that his experience was something like dying and being reborn. He added that the effect of DMT is inconceivable and has no words to explain it: "It's like dying, you are humble, vulnerable and at the same time invincible”. In another interview with ESPN, the famous boxer says it has had great effects on his thinking abilities. “I smoked it and everything went ... boom! It killed my ego, my life changed completely”

While Tyson is positive about the eventual effects of 5-MeO-DMT, he does claim the trip - that lasted for about 15 minutes - was extremely intense. "I was just freaking out," Tyson told in an interview. "I don't wanna do this no more. I want it to stop. Too late. Couldn't stop. I thought, I f-cked up. Oh, sh-t. I f-cked up. What was I trying to prove? I'm dead. I'm dead. It's over. My whole life. Boom. My life is gone. I took these f-cking drugs and it killed me. There's no way I'm gonna survive this." The former boxer also said he hallucinated and saw Aztec symbols, dead people, and his own life flash before his eyes.

“It lasts forever but it only took 15 minutes. As soon as I realised I was nothing, all my fancy stuff didn’t matter. When you think you know everything and then you realise you don’t know anything, then it is a big awakening.”

Iron Mike claims the 5-MeO-DMT still has lasting effects on his ego. “It sounds like a movie script but it’s the real deal and now I wake up smiling and laughing and I wonder ‘what the f*** happened?”. He adds that is also took care of his materialistic habits. “It lasts forever but it only took 15 minutes. As soon as I realised I was nothing, all my fancy stuff didn’t matter. When you think you know everything and then you realise you don’t know anything, then it is a big awakening. You can call it growth or divine intervention”. The spiritual awakening for Tyson was much needed. “I won’t say it is God but it was the death of my ego, I felt so naked and afraid because all I ever had was my ego and that made me a very special and famous person.”

Tyson used 5-MeO-DMT by smoking the milky discharge of the Bufo Alvarius toad of the Sonoran Desert. 5-MeO-DMT is about four to six times stronger than DMT, and the two substances shouldn’t be mistaken for one another. For example: like we said above, the same 5-MeO-DMT is present in the Anadenanthera peregrina seeds, also known as Yopo-seeds. ‘Regular’ DMT is present in plants like Mimosa Hostilis (Jurema Preta), which are often mixed with MAOi-containing products like Banisteropsis Caapi to create the Amazonian brew Ayahuasca.

€298,00
Loyalty points
This item has been added to your shopping cart: