Are you accept this?
Yes No
Your shopping cart is empty
Proceed to Checkout
Home
/
Blog
/
Is this company turning beer into psychedelics?

Is this company turning beer into psychedelics? 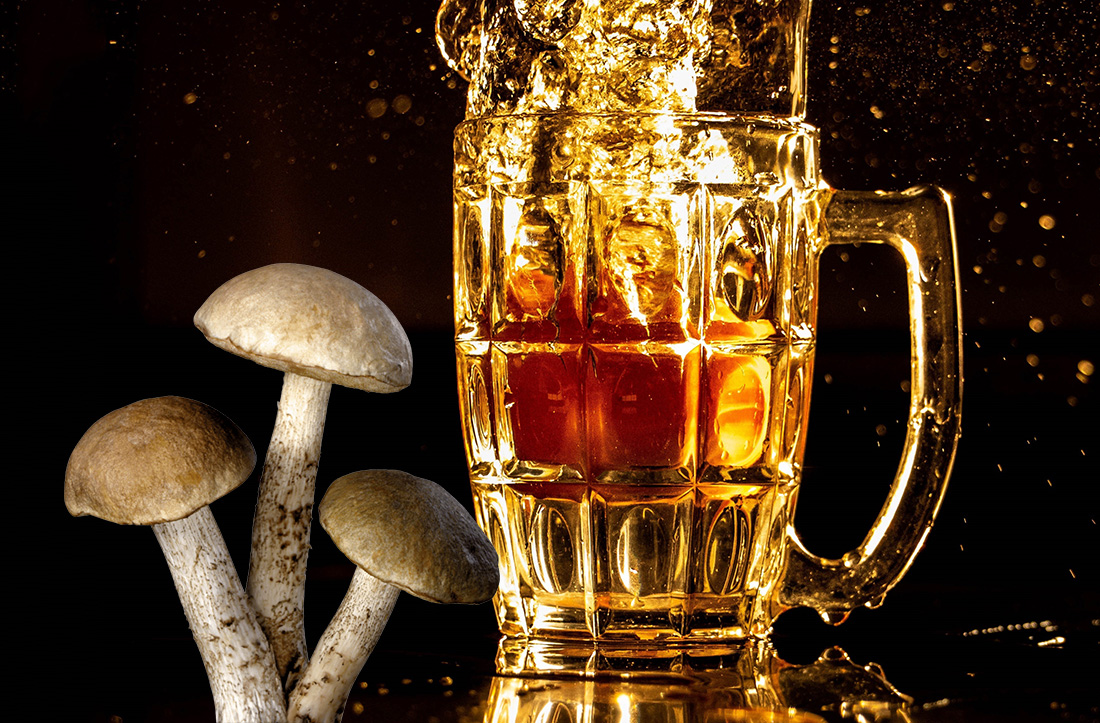 Research into the therapeutic use of psilocybin-containing agents such as magic mushrooms and magic truffles is gaining in popularity. Interest in psilocybin has therefore shifted in recent years from hippie communities to prestigious scientists and institutions such as Johns Hopkins. Now, a Danish synthetic biology company named Octarine has also started working with psilocybin - resulting in some interesting results.

“The genetic material that Psilocybe cubensis uses to make the psilocybin molecule has been optimized to be expressed in the brewer's yeast and then introduced into the yeast genome.”

From psilocybin to psilocin

Avid Dutch Smarters probably already know a lot about what psilocybin, the active ingredient in magic mushrooms and magic truffles, could do to the human body and mind. Yet, as some of you know, psilocybin itself is not actually psychoactive. Once psilocybin is ingested, it is converted in the body to psilocin, which eventually causes hallucination and the psychedelic effects. For example, alternative methods of psilocybin intake that avoid the digestive tract don't cause hallucinations at all.

Psilocin, in turn, is particularly interesting because it is structurally similar to serotonin, an important neurotransmitter in the brain. In addition, it can bind to many of the same receptors. When psilocin binds to these receptors, it causes many of the hallucinogenic effects of eating mushrooms. In general, when we talk about the effects of psilocybin, we are actually talking about psilocin, but because these substances are almost always taken orally, for the convenience of the reader they are 'the same'.

The production of pure psilocybin is not entirely new. Earlier we talked about a company that transformed E.coli bacteria into this powerful psychedelic substance, but this method had a number of problems. For example, an enzyme essential for the production of psilocybin molecules was not present in these bacteria, ultimately making the process too expensive to produce on a large scale. This enzyme, 4-hydroxyindole, costs more than 200 euros per gram.

But the Danish scientists at Octarine might have a solution for that. They do not use bacteria, but brewer's yeast (Saccharomyces cerevisiae) to make the powerful substance. "The genetic material that Psilocybe cubensis uses to make the psilocybin molecule has been optimized to be expressed in the brewer's yeast and then introduced into the yeast genome," said Octarine co-founder and chief science officer Nick Milne to Technology Networks

Unlike E. coli, yeast is thus able to express a key enzyme through the natural pathway of psilocybin that produces mushrooms. This simply means that by using yeast, this group of Danish researchers has eliminated the expensive chemical on which other biotechnology methods have relied. In their experiment, the final production yield of the yeast group was approximately 627 mg / L psilocybin and 580 mg / L psilocin. While this is less than the E. coli produced, it is also cheaper.

Also Read: Learn how to make your own microdosing capsules in 4 easy steps

An amino acid called tryptophan is also an important part of the process, so the brewer's yeast is also adapted to produce more of it than usual. "This is actually a very important aspect of metabolic engineering," says Milne. "Today it is usually relatively easy to manipulate an organism to produce a foreign molecule, but getting the organism to produce enough of the molecule to be commercially relevant is a major challenge."

While chemical synthesis is useful for making some compounds, others, such as the psilocybin molecule, have complex chemistry that is not suitable for the job. This makes it difficult to synthesize the molecule cost-effectively. Brewer's yeast, on the other hand, is closely related to some of these psilocybin-containing mushrooms and has a long history of commercial use. In short, the two together are a promising way to make psilocybin on a large scale.

Also Read: Is psychedelic nasal spray the future of micro-dosing?

But while this all sounds promising, we are not there yet, Octarine says. “A group of amino acids on the psilocybin molecule are lost in the process. We essentially lose half of our product because the phosphate group (amino acid group) falls off”, Milne said. In other words, even more metabolic engineering is needed to solve the problem...