Are you accept this?
Yes No
Your shopping cart is empty
Proceed to Checkout
Home
/
Blog
/
The remarkable origin of magic mushrooms

The remarkable origin of magic mushrooms 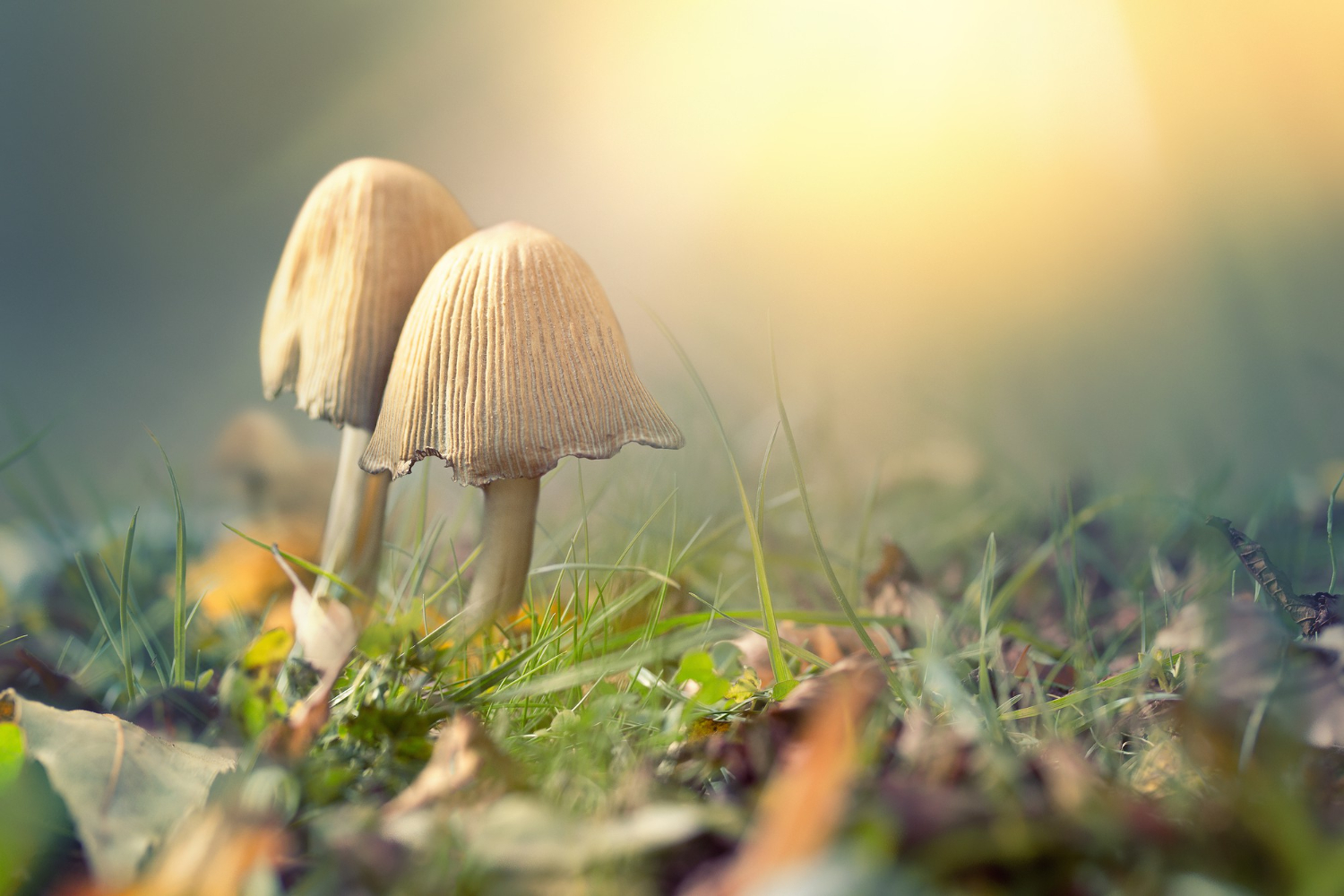 If you've ever experienced a magic mushroom or magic truffle trip, we probably don't need to explain to you how special that experience can be. Today, we don't know any better than that magic mushrooms can really make you trip and show you a completely different reality. But that wasn't always the case. The first types of mushrooms were not psychedelic at all. Scientists now think they finally understand how and why the fungi started producing their most special active ingredient: psilocybin.

A short history of magic mushrooms

There are theories that magic mushrooms have a central role in human evolution. Notably R. Gordon Wasson and Terence McKenna were the first to publish on this. The Saharan rock art of Tassili n'Ajjer show "mushroom shamans". More recent are the 6,000-year-old images in Villar del Humo, Spain, of magic mushrooms that may belong to the species Psilocybe hispanica.

Among indigenous Central and South American peoples, the hallucinogenic effects of the Psilocybe mexicana growing there have been known for thousands of years; they praise the mushroom because it would enable the user to contact the hereafter, the future or a higher reality. The Sami in Siberia have ancient shamanic rituals involving the use of fly agaric . In fact, the religious importance of entheogenic mushrooms with the Ancient Egyptians would have been such that they developed cultivation techniques for Psilocybe cubensis. The ancient Greeks also knew magic mushrooms. There has been much speculation about the composition of thekykeon, the suspected hallucinogenic drink used to break the fast during the Eleusinian Mysteries.

In 1955 amateur ethnobotanist R. Gordon Wasson became the first Westerner to attend a shamanic ritual in Mexico using Psilocybe mexicana, guided by Mazatec shaman María Sabina. In 1957 his story about it was published in Life under the title "Seeking the Magic Mushroom". The Swiss biochemist Albert Hofmann, the discoverer of LSD, was the first to succeed in isolating the active ingredients psilocin and psilocybin. In the end, it was Timothy Leary who popularized the use of magic mushrooms in the 1960s.

Scientists with a love for hallucinogens probably enjoyed themselves in those 1950s and 1960s. Substances such as LSD and psilocybin - the active ingredient in magic mushrooms - were perfectly legal and researchers could easily obtain them, resulting in tons of promising studies. However, that stopped in the 1970s, when Richard Nixon signed the Controlled Substances Act. It completely banned the use, sale and transportation of psychedelics and suppressed research into them. "You were expected to say goodbye to your career researching psychedelics," said Jason Slot of Ohio State University.

And he regretted that. The man himself tried magic mushrooms as a young adult, with amazing results. "It helped me think more fluidly, with fewer assumptions or acquired limitations," he says. "And I developed a greater sensitivity to natural patterns." That ability inspired him to study evolution, but eventually he became a mycologist - someone who knows everything about fungi. Now it is exactly this man who decided to combine the two and see where psilocybin actually comes from. "I realized how little we still know about the genetics and ecology of such a historically important substance," he says.

It is quite possible that mushrooms independently developed the ability to make psilocybin. It could also be that all mushrooms once did, and most of them have lost that ability. But, according to Slot, neither of those explanations were probable. Instead, he suspected that the genes for making psilocybin might have jumped between species of mushrooms.

To investigate this, biologists from Ohio State University and the University of Tennessee studied a group of mushrooms that all made psilocybin, but were unrelated to each other. They found that all the genes responsible for the production of the compound are very similar. . These genes were even more similar than others found in closely related fungal species.

This observation suggests that these genetic peculiarities would not have been inherited from a common ancestor, but rather that they would have been transferred directly between distant species. A phenomenon known as "horizontal gene transfer" (or HGT). This can take place through various processes, such as viruses that transfer genes from one species to another.

The role of psilocybin in nature

But one question remained: 'what is the role of psilocybin in nature?' Well, the experts think the phenomenon occurs in nature in response to stressors or to survive in various conditions. Based on this hypothesis, Jason Slot and his colleagues discovered a clue: the genes responsible for making psilocybin appeared to have moved to an environment with many mushroom-eating insects. An observation that took on new meaning by focusing on the effects of the substance.

Once in the body, psilocybin interferes with a particular neurotransmitter and interferes with its functioning. We know that this causes the most bizarre hallucinations in humans, but in insects it has another interesting effect: it reduces their appetite. "We believe that fungi evolved into hallucinogens because it reduces the chance of them being eaten by insects," explains Jason Slot. "Psilocybin probably doesn't just have a bad taste. The fungi, in a way, change the 'mind' of insects to meet their own needs," he says.

The substance would therefore serve as a survival mechanism. Today, however, the effect is seriously counterproductive: magic mushrooms are more popular than ever!